This lesson we began by creating a detailed storyboard, using correct terminology for shot-types and transitions, of every shot we will use in our film, drawing accurate pictures to illustrate the placements in the scenes. After this, to conclude the pre-production section of our module, we filled out a form of the locations, actors, and filming schedule we will use for our film.

Now we have finished pre-production, we have to make a powerpoint and script to present to the class about our film and what it is about. I am also going to create a comic as a handout, as I am trying to get the higher grades in this assignment.
Posted by Katie Marland at 01:02 No comments:

This week we finally finished writing up our three different film ideas, then, deciding upon a sheer favourite, the one that creates the most clear imagery and that we can see scenes unfolding in our heads, and made a picture collage on photoshop, exploring imagery, fonts, locations and colours that we might incorporate into our film. Mine looked like this: 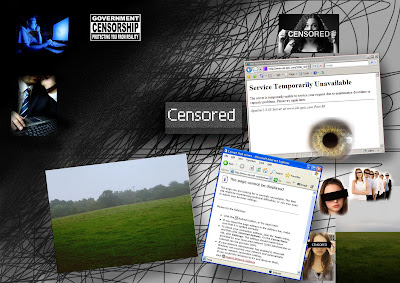 My film is, as you may be able to deduce from the picture, titled 'Censored', and follows a futuristic narrative in a creepy, slightly science fiction style.
Once we completed our pictures, we did our final write-ups of our films. This took a while, but was quite a satisfying literary vent of creativity.

Due to not having internet, and having little inspiration other than my film ideas, I drew a poster / promo-image style picture related to my film on Paint Shop Pro. Not sure if I like the outcome or not, but either way it is an outcome: 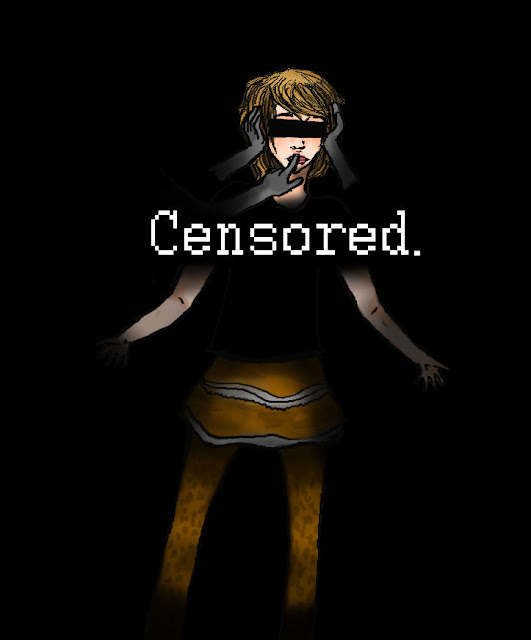 Yep.
Posted by Katie Marland at 15:40 No comments:

Today we began our new assignment, looking through all of the tasks and coursework we are going to complete by the end of it, and writing our own brief summaries of this so we can get a basic idea of what we are doing.
After this we were given a worksheet with a list of shot types, e.g long shot, extreme long shot, closeup, extreme close up. We were issued cameras, and went outside to capture an example shot of each.
Once we'd finished our shot types, we made a brainstorm / ideas sheet for our Electric December films, and did a simple writeup / rough plan for each developed idea we had.
Posted by Katie Marland at 15:02 No comments: